I can help you not just grow, but SCALE!

Partner with me, world-renowned growth consultant Les McKeown, and together we'll use my time-tested Predictable Success growth model to sustainably scale your business or not-for-profit.

Book a no-obligation call to discuss 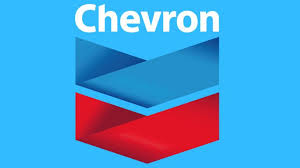 Les provides a sensible and strategic playbook for any leader seeking to take their organization to the next level, and provides the conceptual framework to ensure a successful outcome.

Les really captures the integration of key business processes, people, and leadership to consistently deliver a compelling vision, comprehensive plan, and profitable growth for the benefit of all stakeholders.

Predictable Success provides an incredibly useful blueprint for any leader who is looking for sustainable growth.

Are You committed to Not just Growing, but
sustainably Scaling your business or not-for-profit?

If so, you need look no further.

Whether you lead a for-profit manufacturing or service business, a not-for-profit, a faith- or cause based church or charity, a foundation, or even an NGO - if you truly want to not just grow, but scale your organization, then I can help you ACHIEVE, ACCELERATE and SUSTAIN that growth.

How to know if Growth consulting with Les McKeown is right for you:

This will work for you if...

Why work with Me?

There is no shortage of people out there offering themselves as 'growth consultants', so why work specifically with me? Here are three important reasons why you should consider booking a no-obligation call with me to discuss your growth challenges:

I've been there, done that

I was a serial entrepreneur for 20 years, during which time I launched over 40 businesses and not-for profits. Together with a fellow serial entrepreneur, I set up one of the earliest incubation companies, ultimately operating in 13 locations worldwide and employing over 100 people. Everything you're facing, I've faced, multiple times.

I (literally) wrote the book(s)

My book, "Predictable Success: Getting Your Organization On the Growth Track - and Keeping It There", often called the 'growth leader's bible' is a Wall Street Journal and USA Today bestseller. My subsequent book, "The Synergist: How to Lead Your Team to Predictable Success", "Do Lead: Share your vision. Inspire others. Achieve the impossible" and "Do Scale: A Roadmap to Building a Remarkable Company" go deeper into aspects of the Predictable Success growth model.

I have a proven track record

I've worked with founders, owners and growth leaders just like you, in every industry and serving every market. You can see just some of what others have said about working with me below:

read what others say

I use a trusted, proven model

I've worked with founders, owners and growth leaders just like you, in every industry and serving every market. You can see just some of what others have said about working with me below:

I feel comfortable ranking Les as the very best in the field.

If you have reached a point at which you realize you need expert help in developing your leadership skills, I strongly recommend you reach out to Les McKeown.

The opportunity to learn from someone like Les who has many years of experience has been invaluable for me. I especially appreciate the careful attention he took in the beginning to make sure that we worked towards my ultimate vision (instead of giving me a cookie-cutter plan), and his thoughtfulness towards decision making. I highly recommend Les!

Les' ability to pinpoint issues by asking a few clear questions amazes me. He's able to see through my limits, my answers and my assumptions in a way that makes me and my organization better.

As a young leader faced with taking on additional responsibilities, Les's coaching was invaluable. I particularly valued Les's highly personalized style - he is understanding, patient, unafraid to challenge your assumptions, and pushes you outside of your comfort zone at a very intentional pace, all the while using a high degree of EQ.

Les McKeown clearly has a deep understanding of how businesses grow.

"Les is one of the wisest people I've ever sat down with."

If your business is having challenges as you grow, I would highly recommend investing in your future by working with Les. Your investment will pay significant dividends.

Les McKeown is absolutely on top of his game. Les not only knows - and shows - how your businesses can grow and succeed, he explains it a way that is intuitive, entertaining and immediately actionable.

If you're a business owner or a CEO looking to take your business to the next level, I'd strongly recommend you contact Les McKeown. The best investment you can make in your future growth is in his coaching program.

To say Les knows his stuff is a huge understatement. He is a leading expert in his field. This runs in his blood. There is some serious gold here.

Here's how we ensure there's a mutual fit

It's important that we both feel that we're a fit for each other. In our initial. no-obligation call we'll explore your growth challenges, I'll share more about how (and if) I can help, and we can both decide if we'd like to proceed to the next step.

This initial call is entirely 'non-salesy'. It's not my job to convince you to work with me, but rather to provide you with the information you need to make your own decision.

Next, we build your growth roadmap

The is where the magic happens. Using my acclaimed Predictable Success growth model as a framework, we'll build the precise roadmap to take you and your business or not-for-profit to attainable, sustainable growth. Your roadmap is custom-designed specifically for you.

Then we agree the best approach for you

There are a number of different ways in which we can work together. I'll go over each of then in more detail during our initial call, and, if appropriate, make a recommendation as to the best approach for you, taking into account your specific situation.

Of course, as with everything in our work together, you get to make the final decision.

Finally. we implement together

Once your roadmap is aid out, we work together to implement it. Working with you and your team, my role is to act as your accountability partner,  ensuring that all the hard work that went in to designing your growth roadmap is realized, by being actually implemented.

The time is now

What is the Predictable Success Growth Model

Les McKeown first recognized recurring patterns of achieving sustainable growth during his 15 years as a serial entrepreneur, during which he was involved in the launch of over 40 businesses and not-for-profits.

Later, as the co-founder of one of the world's first independent incubation businesses, Les realized that the patterns of 'early stage' success were intimately connected to second-stage and subsequent growth. Over time, he 'connected the dots' across the entire lifecycle of all organizations, naming it the 'Predictable Success Growth Model'.

Every business and not-for-profit cycles through seven stages of growth. In your work with Les, you'll learn what stage you are in, what stage you want to be in, and precisely what you need to do to get there.

In order to achieve sustainable growth and scalability, there are 13 'Imperatives' - specific skills and behaviors that together, dictate where you are on the Predictable Success Lifecycle.

Les will help you identify which of these specific Imperatives you need to work on as part of your roadmap to Predictable Success.

Every sustainably successful organization needs four types of leader at different stages in its growth, each bringing their own skills, perspectives - and challenges. With Les McKeown as your growth consultant, you'll not only find out which type of leader you are, but what other leadership types you need to develop and encourage in your organization.

Les McKeown is the Founder and CEO of Predictable Success.

Les first began to recognize recurring growth patterns early in his career as a serial entrepreneur. In addition to being involved in the launch of more than 40 companies before he was 35, he was at the same time a founding elder in a fast-growing church, while serving on the board of a number of charities and not-for-profits.

Les used the experience he gained during that time to co-found one of the first business incubators in the world, which he and his then business partner developed over a decade into a multi-national consulting company that advised on the creation and growth of hundreds of organizations worldwide.

Struck by the similarity of issues faced by all growing organizations, Les began to codify his understanding of the repeating patterns of growth, publishing his Wall Street Journal and USA Today bestseller "Predictable Success: Getting Your Organization On the Growth Track - and Keeping It There" in 2010, followed in 2012 by "The Synergist: How to Lead Your Team to Predictable Success".

Les is a trusted advisor to fast-growth SMEs and thriving not-for-profits as well as Fortune 500 companies and a number of the largest government agencies in the world.

Book a no-obligation call with Les

Got Questions? Not Quite Ready For a Call Yet?

No problem - I love questions :-) Just use the form below and  I'll get back to you as soon as possible - usually in 1 business day:

You will not be added to any mailing list. Your information will only be used to respond to your query.